Skeleton Technologies: a business model that creates a unicorn 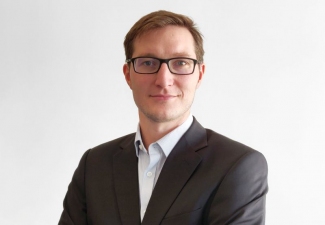 With a population of only 1.3 million, Estonia is at the forefront globally in terms of unicorns. One of those promising future unicorns is Skeleton Technologies, which has maximised its business model and niche value, and rapidly accelerated its growth in a competitive market. The company announced a funding round of EUR 41.3 million in November 2020, and another round of EUR 51 million in 2021.

As a smart digital country, Estonia has been able to stand out globally in terms of software development, impressing even larger technology giants. However, what you do is not necessarily more important than how you do it. Sebastian Pohlmann, Vice President of Automotive and Business Development at Skeleton Technologies, suggests that companies should focus more on their business model and think about what they can offer in addition to their main product or service, to either to expand into or conquer new markets.

A good example is the Estonian ridesharing company Bolt, which started by offering transport services and has now expanded to scooters, food delivery and car rentals. Pohlmann says that it is clear to them that the whole value chain counts, not just one link within it. According to an analysis performed by The Financial Times, Bolt was the third fastest growing company in Europe in 2020. The company recently announced that they had raised EUR 600 million in a funding round, which has pushed the company’s value over EUR 4 billion.

Energy storage company Skeleton is predicted to be the next unicorn from Estonia. What is the business model that has lead you here?

At its core, our business model is quite simple. We produce energy storage solutions that we sell to our customers. What makes our business model special is the creation of solutions. In other words, we are not simply selling a single product that we deliver to the customer for them to find a purpose. We find out which solution is the most reasonable considering the specifics of the customer, and this is what has helped us to become one of the main suppliers of such equipment.

What is the trend of business models in the world and what helps to create unicorns in the business world?

The trend is moving in the direction in which we are operating – to consolidate various links in the production chain within the company. If you look at successful start-ups, you can also see in their business model that new opportunities are increasingly being integrated into their value chain.

I will talk more about business model trends in the world, and business models that are creating unicorns, at the Future Forum conference, on 8 September.

What can attract or prevent innovative companies from expanding or relocating to another country, such as Estonia?

I believe that Estonia, for example, has done a very good job in terms of software development and IT, and that this environment is attractive for everyone. In terms of its population, Estonia is close to growing the most unicorns in the world. However, Estonia’s electrification market is lagging behind, because Estonia mainly covers only the software part of the value chain for these solutions. Estonia is at the forefront of creating digital solutions in the world; however, it is not worth investing in software alone because, in the end, others will catch up. I believe that there is huge potential here that could be emphasised more in the future.

I believe that in Estonia, for example, the main obstacle faced by foreign companies is that, in the end, there are not enough competent people here. We have solved this issue ourselves in cooperation with universities, such as TalTech; however, on a global level, it is actually possible to find talent much further afield.

You have found your niche – ultracapacitors – through innovation. What lies behind this complicated name?

Capacitors have been manufactured industrially since the late 1990s and are essentially energy storage devices, similar to batteries. Unlike batteries, they allow you to store power, not just energy. They can be charged more than a million times before they reach the end of their life cycle and do not contain lithium, cobalt, nickel or even graphite, making them easier to produce with local resources, while at the same time being very safe devices. 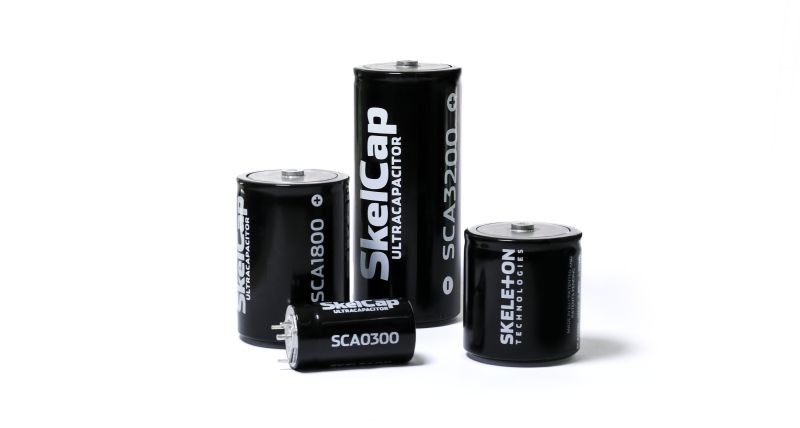 Where such devices are used?

A good example for the transport sector is trams, which can store a lot of energy in a short time generated during braking, which can afterwards be used for acceleration. With the help of an ultracapacitor system, the energy from braking can be stored and efficiently used for acceleration. In this form, ultracapacitors enable energy savings of over 30%.

What changes with ultracapacitors for the so-called ordinary person, i.e. where can we actually see or feel these changes?

I believe that even 10 or 15 years from now, ordinary consumers will neither buy nor see ultracapacitors in their daily life; however, they will still be using them all the time without even knowing they are there. As the average consumer does not directly replace components in complex products, it can be difficult to notice the presence of ultracapacitors. One future effect of ultracapacitors will be that the owner of an electric car should never have to worry about battery wear – battery life would be so long that even an aftermarket buyer would not have to consider replacing the battery. Such a long battery life can be made possible by using ultracapacitors to shave power peaks in the battery pack.

In the automotive industry, ultracapacitors are already in use today, for example, in active suspensions – especially in larger SUVs and premium vehicles – to keep the vehicle body stable, even in situations where the road surface is unstable. I believe that over the next five years, the automotive industry will account for a large proportion of our turnover in different low-voltage applications.

So your goal is to take over the market share of lithium-ion batteries?

Actually, no. Lithium-ion batteries are quite good at doing what they are designed to do – to store energy for hours or longer. We work to give batteries a longer life and the ability to be used more efficiently – together with ultracapacitors.

The market for lithium-ion batteries is significantly larger than that of ultracapacitors, but that does not mean that the latter is a small market. Even as a niche product, we are operating in a multi-billion euro market.

Sebastian Pohlmann will be one of the keynote speakers at the Ülemiste City Future Forum, being held from 8–10 September in the largest business campus in the Baltics, where the focus will be on three forward-looking and inspiring areas – creating and implementing new business models, discovering and developing talent, and green thinking as a new reality and business opportunity. More than 70 performers will be taking the stage during Future Forum events, and more than 1200 people from nearly 30 countries in total will be participating. Additional information about the content of the entire conference, events, and speakers: www.futureforum.ee