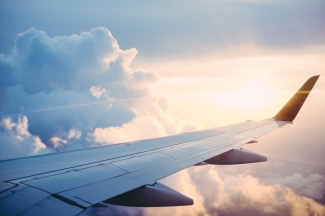 Hydrogen will change the world of mobility and logistics. Exactly how is being investigated in the project “WESTKÜSTE100”. With a holistic approach and 30 million euros in funding from the Federal Ministry for Economic Affairs and Energy, the aim is to make various forms of mobility, as well as industry and building management, increasingly emissions-free.

Heide in Holstein: a medium-sized town with a good 20,000 inhabitants in the far north of Germany, situated in the district of Dithmarschen in the Federal State of Schleswig-Holstein. Is this where the future of the energy industry is being planned? Dirk Burmeister and Dr Marcel Goelden think so. Burmeister is a member of the board of the Development Agency Region Heide and Goelden is Manager of the “Green Refinery” at Heide Refinery. Together, they speak as partners of the project WESTKÜSTE100.

Hydrogen strategies are currently being developed on many levels. The EU has a strategy, as does the Federal Government and the five northern German states (Bremen, Hamburg, Mecklenburg-Western Pomerania, Lower Saxony and Schleswig-Holstein). However, in actual implementation terms, none of these is as far advanced as the project in Heide is, which is why it is described as a “real-world laboratory”.

Power to X – for various applications

‘Here, we are pursuing a complete systems approach’, explains Burmeister. As he points out, it makes no sense to look only at individual sectors in hydrogen technology. The key word is Power to X. The power derived from hydrogen is used in X different applications. To cover all of these, the project is working with a wide range of partners, from the world market leader in offshore wind power technology Orsted, the energy company EDF Deutschland and cement producer Holcim as well as the municipal energy supplier Thüga.

To obtain hydrogen, water is split into hydrogen and oxygen by electrolysis. It is a very simple chemical process but it does require a relatively high energy input. The aim is for this energy to come from the numerous offshore wind turbines on the coast.

For this reason, an electrolyser with a capacity of 30 megawatts (MW) will be built at the Heide refinery. By comparison: one of the largest electrolysers currently in operation is a 5 MW plant operated by the chemical company H&R in the port of Hamburg. Goelden has a different comparison: the hydrogen that a 30 MW plant could produce in one hour would enable a fuel cell vehicle to drive once around the equator.

The hydrogen produced in this way is then used in various applications, explains Goelden. One simple possibility in terms of process engineering is as an admixture for the natural gas used in gas heating systems in flats. An admixture of two per cent is currently permitted. What benefits does this have? ‘Well, it means that gas heaters could be two per cent emissions-free’, says the scientist. It is well known that hydrogen only emits water vapour when burnt. Those in Heide envisage an admixture that accounts for up to 20 per cent.

Hydrogen is also used as a fuel in fuel cell vehicles. As part of the WESTKÜSTE100 initiative, a motorway service station with hydrogen filling station is planned on the A23 motorway from Heide to Hamburg. This would be the first mobility application. Lorries with fuel cells could be a sustainable alternative, particularly in the field of heavy and long-distance transport. One tank of hydrogen for such a lorry could enable it to cover up to 600 kilometres emissions-free. A battery-driven electric vehicle would require such a heavy battery that the lorry would only be able to carry a small load.

The second mobility application that they would like to implement in Heide involves three process steps and another sector. Step 1: the oxygen that is produced during electrolysis is used in a burning process during cement production. This leads to step 2, carbon dioxide. In step 3, this will be converted to synthetic fuels in the refinery. However, this also requires hydrogen.

‘We take CO2 and hydrogen and build long-chain hydrocarbons from them’, explains Dr Goelden. In this petrochemical process, known as methanol synthesis, petrol, diesel or kerosene can be produced, but in a synthetic and fossil-free manner. The kerosene is a particularly interesting prospect, given Hamburg airport is not far away. The Heide refinery is already supplying it with aviation fuel, albeit still in fossil fuel form. Thanks to the real-world laboratory, this could change. Burmeister’s dream is to see fuel cell-powered lorries taking synthetic kerosene to the airport.

The WESTKÜSTE100 project will run for five years from 2020. The 30 million euros in funding from the federal government cover around one third of the total costs, while the rest will come from the ten consortium partners. And Dirk Burmeister does not think that the planned 30 MW electrolyser is the limit either. He dreams of a 700 MW plant, and has already done the calculations. This would result in approximately one million tonnes of CO2 from the cement works, from which 150,000 tonnes of kerosene could be extracted. ‘This accounts for about 35 to 40 per cent of Hamburg airport’s annual requirements’, says Goelden. 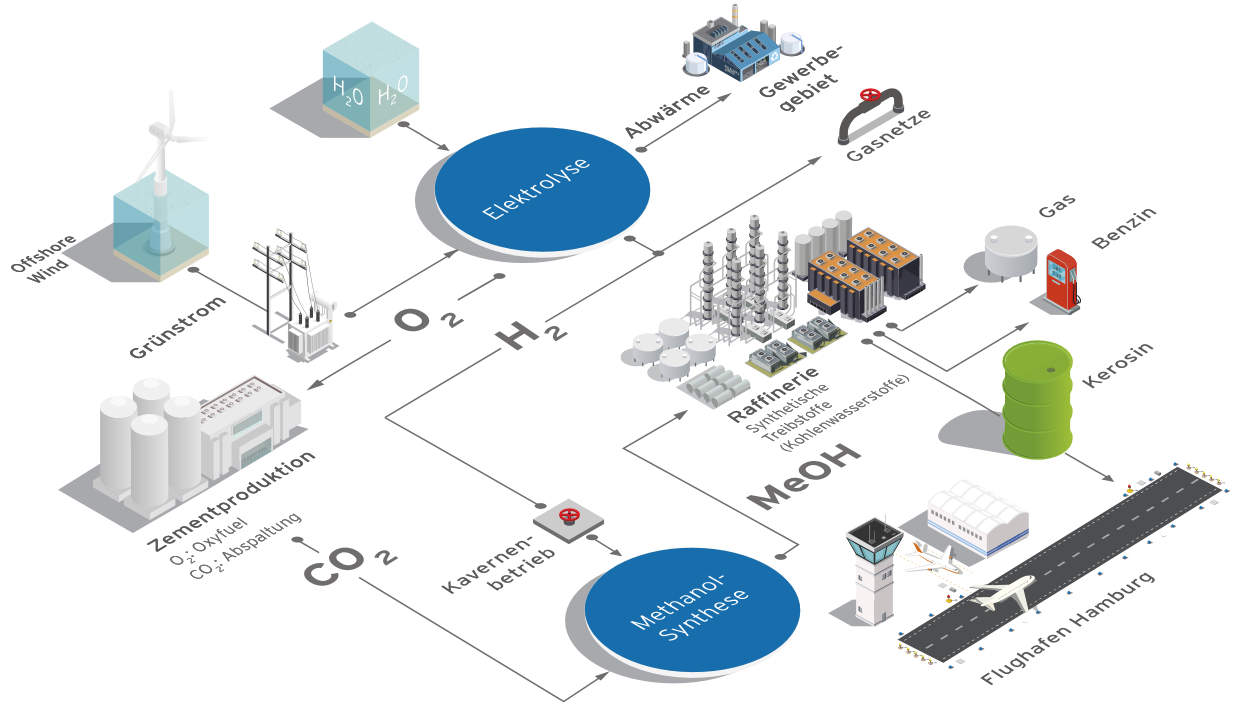 Hydrogen applications was also discussed in several Hypermotion events from 10-12 November. As part of the Hypermotion Lab on 10/11, the usefulness of hydrogen lorries in road freight were discussed. The supply side of hydrogen mobility was highlighted on 11/11 as part of the smc:smart mobility conference. Representatives from the energy supplier EnBW and the industrial gas company Linde spoke about charging infrastructure and hydrogen supply in addition to other topics.

SOURCE: This article was first published in the Mobility & Logistics News of Messe Frankfurt, which is published every three months – free of charge and obligation.