This is a 3D printed racecar! 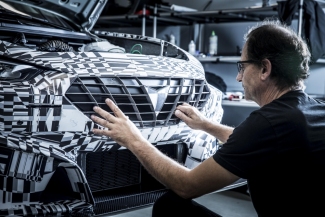 At first glance it looks like a normal mirror, but it isn't. It is a 3D printed part, a technology that CUPRA has begun to implement in the development of the new Leon Competition in collaboration with HP, known as printer manufactorer and now a 3D printing technology developer. Greater agility, efficiency and flexibility are the benefits of a system that is set to revolutionise car development. Below are the key points. 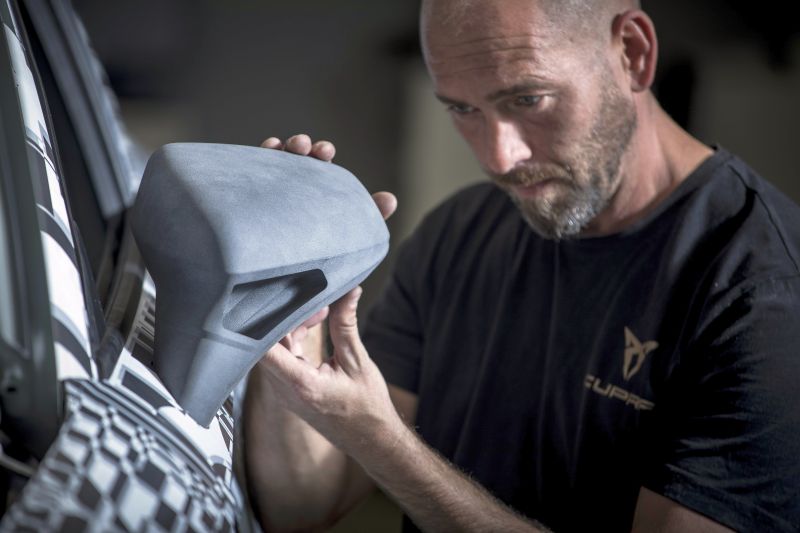 This technology features multiple benefits. “The main goal is to have a lot of parts in a short time. We can quickly test a wide variety of designs and furthermore, since vehicle development is now done in parallel, this technology enables us to react swiftly to any changes in the design process”, Xavi points out.

3D parts into the wind

In TCR competitions, the door mirror is a part which, according to the rules, must have the same shape as the production car. But the CUPRA engineers went one step further. “We wanted to add an additional function, which is to cool the driver. We therefore had to design an air intake in the maximum pressure zone to achieve this effect”, Xavi indicates.  The place where these materials are tested is the wind tunnel, where the 3D printed parts are verified in exactly the same way as the rest. “The bigger the variety of parts we can test in this facility, the better. It enables us to make much faster progress”, says Xavi. 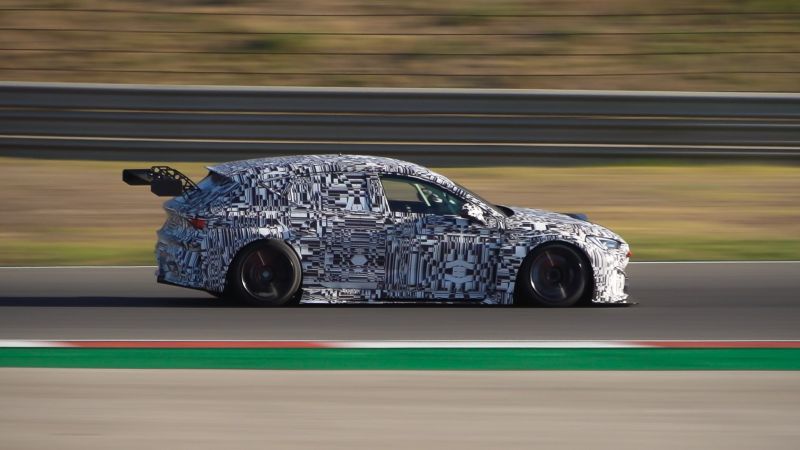 Tested on the track

As it is a racing car, the final phase of development can only be carried out in one place: the circuits. More specifically, the Leon Competition with its 3D printed parts was put to the limit on the Portimao track in Portugal. “The results were excellent, and some were even surprising, because we were looking to push the material to its limits”, says the CUPRA engineer.

“3D printing is going to signal a turning point in the automotive industry by accelerating lead times and HP 3D technology is helping designers create parts that could not be produced with other technologies”, says Palacios. “This technology is and will continue to be key in countless fields to make the most complex ideas a reality”, concludes Xavi.

The new CUPRA Leon Competition is now heading for the final stretch to the starting grid. It will be presented next February 20th at the inauguration of the CUPRA Garage. Once again, CUPRA has successfully innovated in the world of competition, as it is the first touring race car that can be reserved in advance.