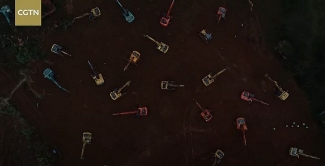 Construction began on the night of January 23 for a new specialized hospital for coronavirus patients in central China's Wuhan City. The hospital is designed to have an area of 25,000 square meters with 1,000 beds and will be put into use by February 3, officials said.

The special hospital is being built in the Caidian District in the western suburb of the city. 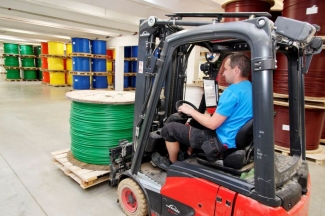 The 88th Euroconstruct Conference in Warsaw 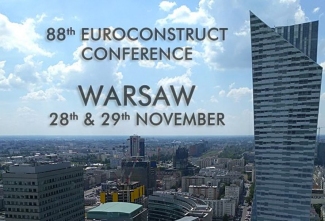 The 88th Euroconstruct Conference will take place on 28-29 November 2019 in Warsaw. 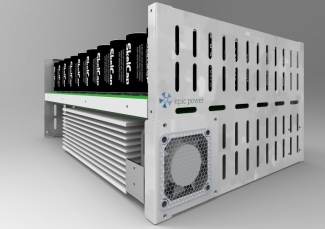 Skeleton Technologies, the European market leader for ultracapacitors and energy storage systems for transportation and grid applications, is entering into a strategic partnership with the Spanish company Epic Power to reduce the power consumption of elevators by up to 50%, enabling significant cost savings. The system is already in use in a number of public, residential, and commercial buildings throughout Europe. 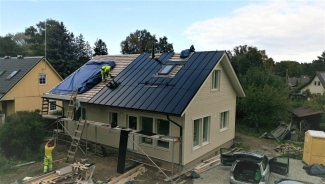 These kind of roofs combine traditional Nordic roof design with modern photovoltaic technology. Roofit.solar photovoltaic roof reduces the installation and the material cost of construction, in addition, it improves the energy class of private houses by one letter. 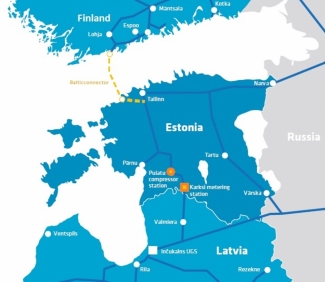 On Thursday, Elering and the Finnish state-owned Baltic Connector OY signed an agreement with Allseas to install the biggest section of the offshore pipeline for the Balticconnector Estonian-Finnish gas connection.

House building and brick laying is not hand made any more. Fastbrick Robotics have develoiped a one-arm robot who can "3d print" brick walls many times faster than homan. Their developed robot is ready for production now.

Hadrian X can place 1000 bricks per hour, and many building companies are interested using this system for building quicly new homes. For example, Saudi Arabia is interested of robotic building of 50 000 houses until 2022.

MassChallenge, in collaboration with PKO Bank Polski and Foundation for Technology Entrepreneurship, are opening submissions from September 1st for the first ever Bridge to MassChallenge Warsaw program. MassChallenge is one of the largest startup accelerators in the world operating in the United States, United Kingdom, Switzerland, Mexico and Israel. The program is dedicated to ready-to-go-global startups from Central and Eastern Europe. 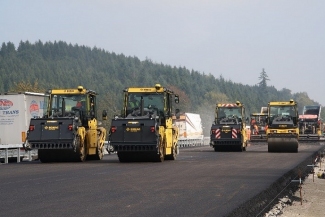 Intelligent road pavement works were one of the topics in The 29th International Baltic Road Conference in Tallinn. O-Mag publishes short presentation of Winfried Schramm from BOMAG GmbH, who introduces system how pavement works can be done more intelligently. Operators can see current sitoation on the road when pavement is placed and control the process for better results.

VIDEO: NATO Troops Build a Pontoon Bridge Over the River in Lithuania to Move Tanks 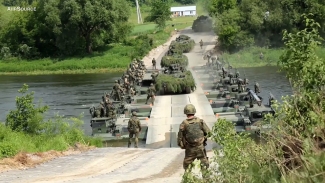 Military bridges are built very quick and they have to carry heavy arvmoured vehicles - it´s not a simple task. If river is wide enough, only puntoon bridge is possible.

The fastest way of building a long pontoon bridge is to use special amphibian vehicles.