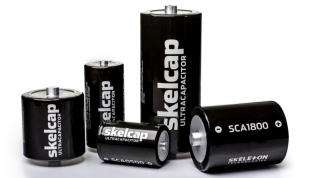 The energy cluster brings together players from industry and research to pool their capacities and know-how to further the development and marketing of innovative solutions in the field of sustainable energy technologies.

Skeleton Technologies is currently in the process of setting up volume production at a new 2200 m2 plant in Großröhrsdorf near Dresden, and looking for highly qualified employees.

“Skeleton is the technology leader in the field of ultracapacitors. Thus, we are very pleased to welcome the company as our new member“,says Lukas Rohleder, managing director of the association Energy Saxony e. V.

Production at the new plant is scheduled to start in January 2017 with expected production capacity to be five million cells from Q1 next year.

Skeleton Technologies has announced several positions in manufacturing operations for the new production facility, the vacancies include positions for production engineers and plant operators.

By 2018 the company expects its new plant create around 50 local jobs for the region.

Skeleton Technologies is Europe’s leading manufacturer of ultracapacitor-based energy storage solutions, delivering reliable high-power, high-energy and long-life storage solutions across industry. It is the only ultracapacitor manufacturer to use a patented nanoporous carbide-derived carbon, or ‘curved graphene’ to achieve global breakthroughs in performance, delivering twice the energy density and four times the power density offered by other manufacturers.

In 2014 it opened a 1000 m2 pilot plant and launched the SkelCap series of ultracapacitors and in June 2015 secured € 9.8 million in capital from institutional investors for further expansion. Its current customer base includes global engineering companies, the European Space Agency and several Tier 1 automotive manufacturers.

Recently inducted into the Global Cleantech 100 ranking, the company employs 71 people, including six PhDs, and has two subsidiaries: Skeleton Technologies GmbH located in Großröhrsdorf, Germany, which deals with manufacturing and sales; and Skeleton Technologies OÜ, located near Tallinn, Estonia, which handles R&D and pilot production.